Originally used to describe employees who would still turn up for work when they’re physically or mentally unwell, presenteeism now also includes those who are disengaged with their job and are not altogether ‘present’. Sound familiar?

Whilst most organisations in both the public and private sectors have put measures in place to combat the effects of absenteeism in the office, it’s rare to find a proactive initiative that tackles the more common issue of presenteeism.

Ignoring the problems surrounding presenteeism could have a serious knock-on effect throughout any organisation.

For example, if you have an employee who comes in with a terrible cold, your lovely open plan office may quickly transform into an incubator for germs, putting your entire team at risk. Such setbacks will significantly impact the overall productivity of your staff as they battle the infection while also feeling obligated to keep coming into work.

Disengagement is also a hugely concerning factor because it signals a lack of motivation and a decline in care being taken towards the employee’s performance, potentially resulting in costly errors.

As productivity and quality of work suffer, other employees may begin to feel the burden of having to pick up the slack and firefight preventable issues, eventually fostering a negative attitude throughout your entire team.

In short, presenteeism is perhaps one of the biggest, yet hidden challenges the modern workplace is facing.

What causes presenteeism, and how can it be prevented?

One of the most common causes of presenteeism is simply the fear of taking a day off sick. Job security, lack of pay due to illness, and fear of attracting a negative image (such as slacking or being lazy) are some of the contributing factors behind this and why people continue to struggle into work although they may not necessarily be in a fit condition to do so.

However, those concerns are not entirely unfounded.

Research carried out by AXA PPP healthcare discovered that only 24% of UK managers believe that having a cold is sufficiently serious enough to warrant taking time off work, and only 41% think the flu is enough of a reason to have a sick day. Whilst at the same time, 58% of these managers believe that productivity suffers when staff work while they are unwell – that’s a bit of a catch 22 for their employees.

With these clear contradictions, how can companies create a culture that allows employees to feel they can take the time off they need without causing stress?

By allowing employees to work from home when they are under the weather, you can help them to stay on top of their workload and remove the risk of spreading germs.

Also, if you have a strict sick pay policy, making changes so that those who really need to take time off can do so without being penalised will allow employees to feel more comfortable when requesting time to recuperate.

Many companies have looked at introducing plans to help with absenteeism such as incentives for 100% attendance; however, this can put stress on individuals making it harder for them to take a sick day when needed. Finding ways of tweaking these incentives so that they do not breed presenteeism can be much more beneficial for the productivity of the business.

Time to Switch Off

CIPD’s Health and Wellbeing at work report found that some of the key threats to the wellbeing in the UK’s public sector are mental ill health, presenteeism and leavism (working outside of contracted hours and working during annual leave).

With the added pressure from technological advances, producing an ‘always on’ culture, many employees in the public sector are under a lot of stress from their roles due to the expectations put on them.

Many employees attribute disengagement to feeling overworked, undervalued and time-poor.  By introducing anonymous satisfaction surveys into your business and implementing changes based on this feedback, you will be able to help employees feel listened to. This will also give managers an opportunity to work on the root of these issues so that they don’t continue to bubble under the surface.

With 48% of employees in the public sector reporting excessive work pressure at least once a week, there is an irrefutable correlation between this issue and absence, presenteeism, leaveism and mental health problems. It can no longer be enough to focus on absenteeism alone.

By developing a solid, evidence-based understanding of the causes behind these unhealthy practices, organisations will truly be able to look after the wellbeing of their employees in a meaningful way.

72% of organisations surveyed by CIPD have experienced presenteeism over the last 12 months, with a further 29% seeing an increase in the issue. Making it one of the biggest threats to productivity in the UK workplace.

With both quality and productivity of work being negatively impacted, those who choose to do nothing to combat this problem may actually end up spending more on health-related costs to address the symptoms but not cure the cause.

Will tackling presenteeism be on your agenda for 2020?

If you work in the public sector and would like to find out more about our offering through the ESPO framework, get in touch today to discuss your health and wellbeing aims for next year to see how we can help you. 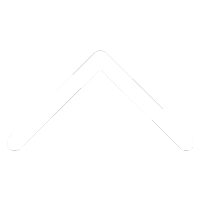